Technics SL-1210 Direct Drive Turntable has continued evolving as the world standard DJ turntable. It is the mission imposed only on SL-1200 series. The direct drive motor (D.D. Motor) formed the core of the SL-1200 Series. In addition to providing […]

Technics SL-1210 Direct Drive Turntable has continued evolving as the world standard DJ turntable. It is the mission imposed only on SL-1200 series.
The direct drive motor (D.D. Motor) formed the core of the SL-1200 Series. In addition to providing unparalleled accuracy, the D.D. Motor technology that was introduced in 1970 offered reliability for long-term use with its excellent durability. This further evolved with the SL-1210MK7, and achieved even higher sound quality as the Coreless Direct Drive Motor.
The SL-1210MK7 comes with a static balance S-shaped tonearm to carry on the Technics tradition. The tonearm moves in a unique arc as it tracks the record disc, and reproduces music with high fidelity. The bearing section features a high-precision bearing structure. The tonearm provides high tracking performance without stylus skipping even under hard usage such as scratching.
Each insulator foot consists of an internal spring and rubber, and the bottom surface is covered with a cushion material. They effectively shut out vibration even in a loud sound environment. If the turntable cannot be set up on a perfectly level surface, its height and inclination can be adjusted by turning individual insulator feet.
Pitch control on the SL-1210 was originally utilised for the precise adjustment of rotation speed. Club DJs began using this function to match the pitch between two tracks to achieve smooth transition. This technique led to the explosive popularity of the SL-1210 worldwide. The current vertical fader was first installed on the SL-1200MK2. This change was made to simplify use for DJs. The MK7 has newly incorporated full digital control to enable accurate and stable adjustment within the range of ±8/16%.
The light that illuminates the stylus and its position on the record was featured for the first time on the SL-1210MK2. Technics opted for a popup-type light, not a detachable type, for easier use. The SL-1210MK7 comes with a white LED that offers high brightness and a long life. The illumination was improved and its range was reviewed to ensure optimal visibility.
The original purpose of the strobe light, a standard feature on all models from the first-generation SL-1200, was to enable an accurate visual adjustment of the rotation speed. Since Technics incorporated quartz control, in models starting with the MK2, the rotation speed became extremely stable; thus, there was no need for the strobe anymore. However, DJs wanted the familiar strobe on the turntables they use, so it is still provided on the current model. The SL-1210MK7 comes with an LED strobe that can be set to illuminate in red or blue.
The SL-1200 Series was originally developed in pursuit of pure audio performance. The vibration-absorbing cabinet and insulators suppress undesirable noise, while the gimbal suspension tonearm provides high tracking performance for high-fidelity sound reproduction. The design has not been changed much for more than 40 years, thus retaining the ultimate functional beauty achieved in the first-generation model. The SL-1210MK7 has also further unified the all black design scheme, even in every part, to become more stylish and attractive. 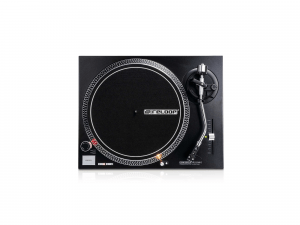 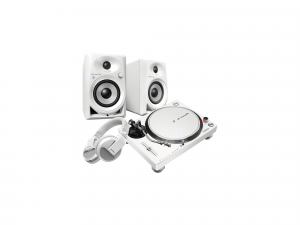 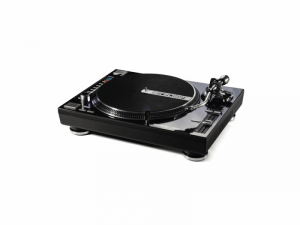 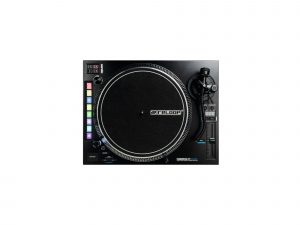 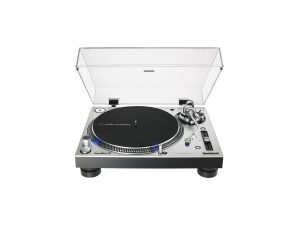 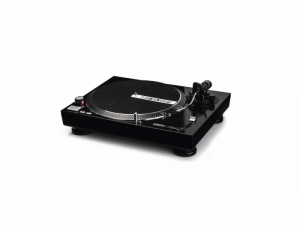 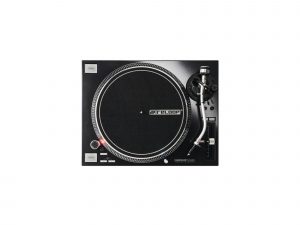 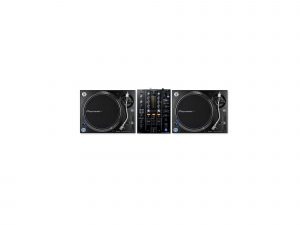