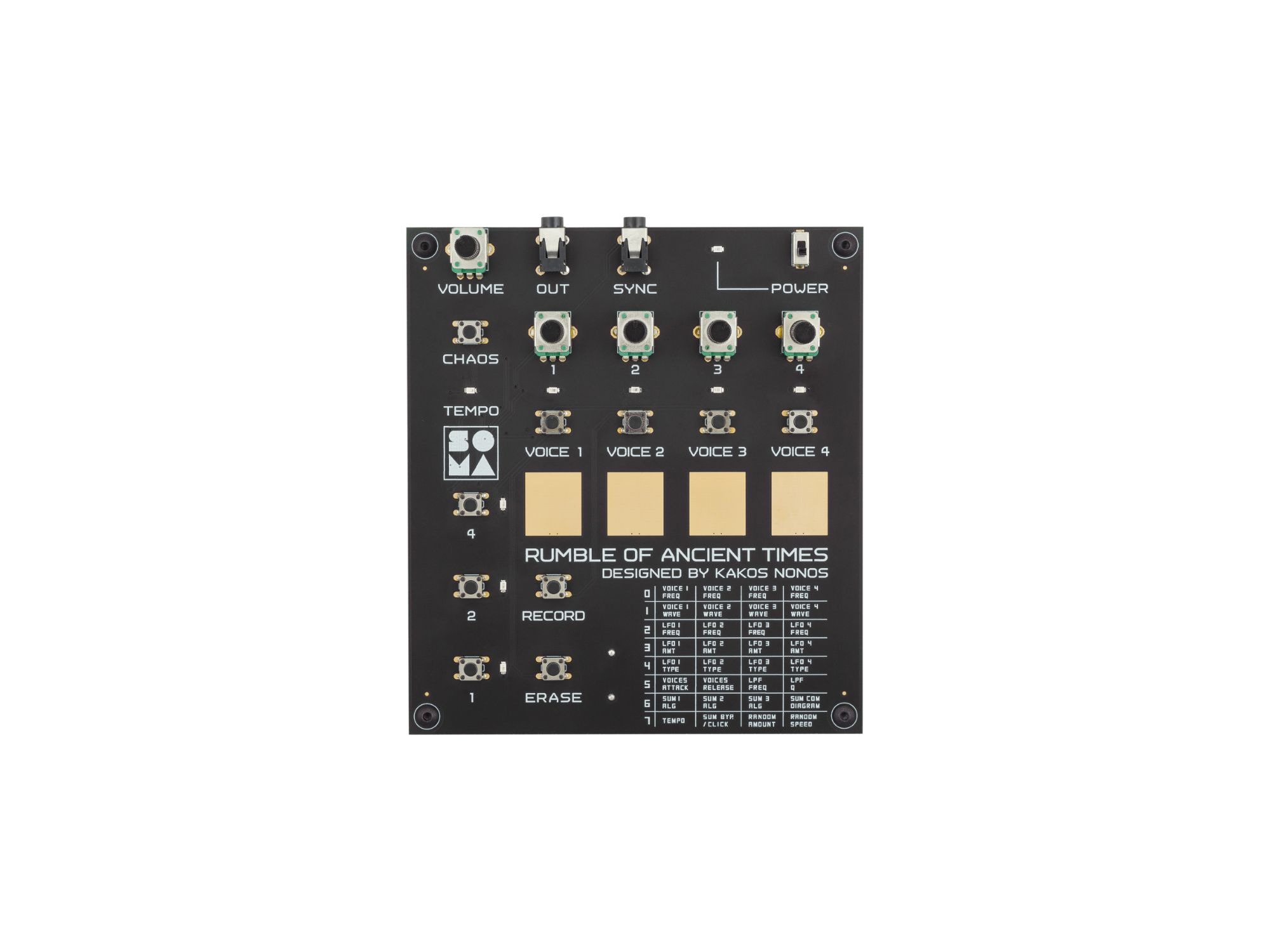 Rumble of Ancient Times (RoAT) is an 8-bit noise synthesizer and sequencer inspired by the clever programming of the early PC era when an entire video game would fit on a floppy disk.

RoAT is capable of a wide variety of sounds ranging from dense noise scapes to diverse glitching rhythmic patterns. The compact and portable instrument contains many elements that can be combined into surprising musical results.

The “heart” of the synthesizer contains 4 sound oscillators, each with a tunable waveform and an individual LFO, which can modulate the tone or volume of the oscillator. The modulated signal of each oscillator is mixed with other signals using 1,536 variations of complex summing algorithms that contain FM, ring modulation, bitwise logical operations and more.

Rumble of Ancient Times is built on a very simple 8-bit microcontroller similar to the ones used in the “brains” of old refrigerators and other simple electronic devices. Thanks to some very clever programming, it’s also able to drive a very capable synth with many features!

In stark contrast to modern consumer electronics, this synth celebrates and emphasizes what can be achieved with efficiency of code and using chips considered obsolete by industry leaders. 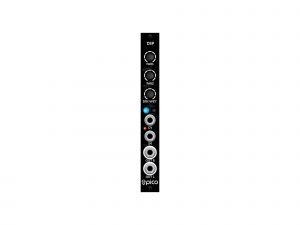 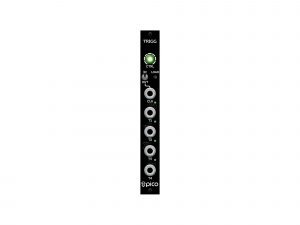 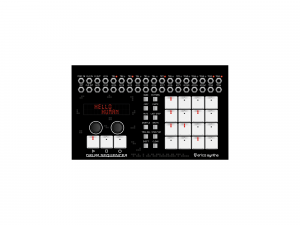 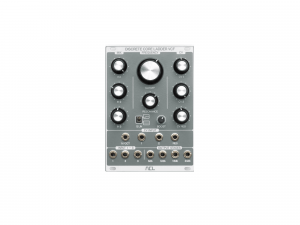 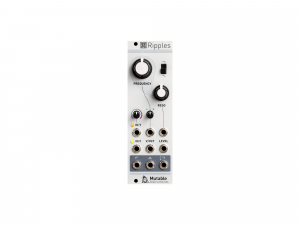 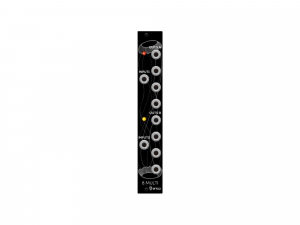